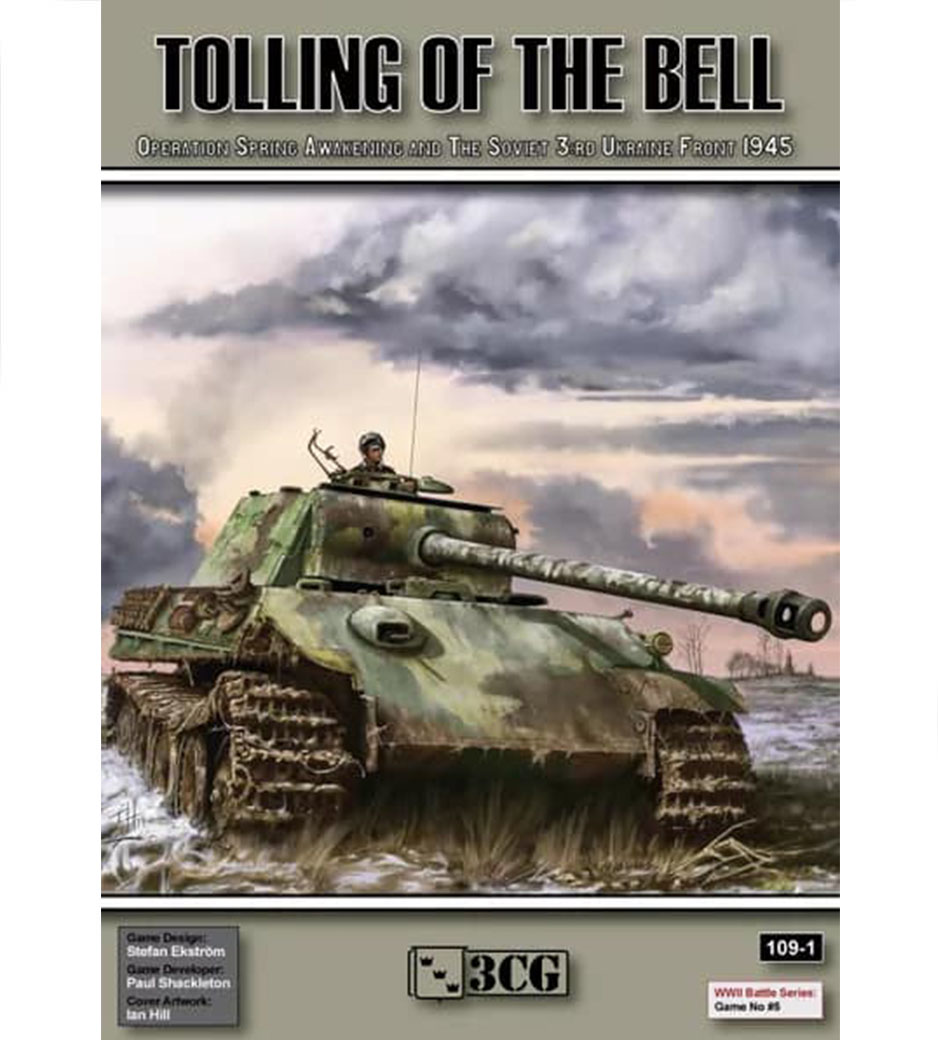 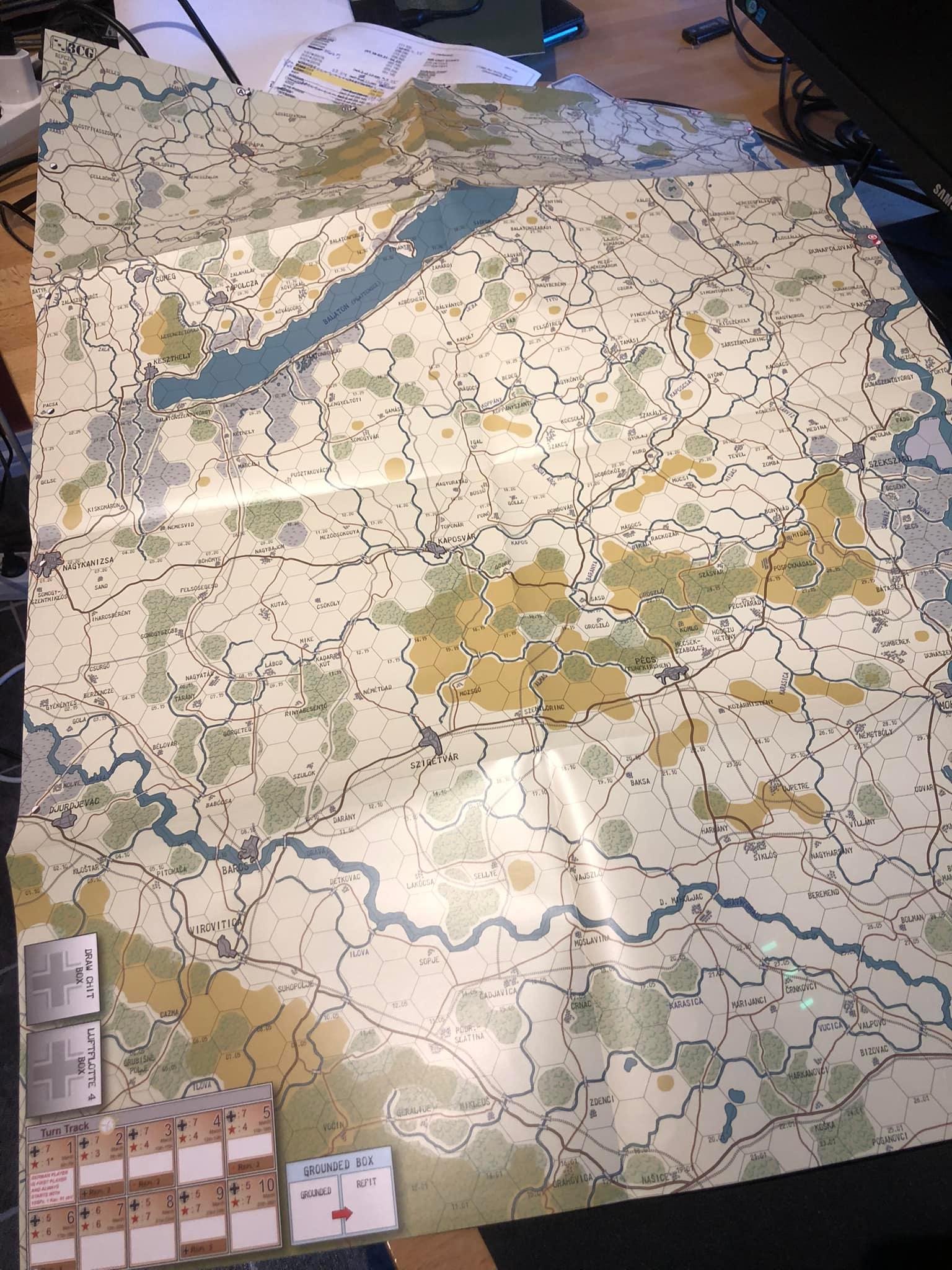 Tolling of the Bell

The game depicts the last German offensive during WWII, „Operation Spring Awakening” and its sub-operations „Icebreaker” and „Forrest Devil”. It also includes the start of the Soviet Vienna offensive (from the perspective of the 3rd Ukrainian Front).
This game starts with a German thrust against the depleted Soviet 3rd Ukrainian Front which was holding the Soviet absolute left flank. The German main goals were the Donau crossings and to the incircle of the 57th Soviet and 1st Bulgarian Armies. A secondary target was to create a starting ground for a new Budapest offensive. An even wider stretch was the oilfields at Ploes’ti, Romania.
Tolling of the Bell is a game recreating this campaign in Hungary from 6th – 25th March,1945.

Rules and mechanics:
Rules are developed from the „Stargard Solstice” game released in 2011, making it the 5th game in the WWII Battle Series, all with chit-pull mechanics.